There is something deeply, soul-quenchingly satisfying about feeling the air on my face, the wind in my hair. I don’t know why. I’m not particularly a daredevil but I’ve ridden mopeds, open air jeeps, and these little electric razor scooters and I love every second of it. Alex and I recently got a chance to ride the Lime Scooters on a pedestrian bridge overlooking downtown Dallas. Scootering across that bridge, I almost wept with gratitude at how good my life felt in that moment. Dallas has alot of problems, but it has also been one of my greatest gifts.

In case you’re rolling your eyes, I do not normally talk like that. I am usually annoyed by people who talk like that.  I am often too cynical, depressed, or outraged to remember to stop and feel gratitude. But that scooter and the crisp November air brought me back into my body.

I’m trying to have a more emobodied faith.

In one of The Liturgists podcasts, Michael Gungor talks about how he’s always in his head and doing things, like yoga or sitting in a bubbling hot tub, draws him out of his head and grounds him back in reality. Something about that struck a chord with me.

I did not grow up paying particular attention to my body. I mean, society wants me to hate my body unless it looks a certain way and, while I didn’t escape that completely, I mostly don’t care enough to do anything about it and so the self-hatred has dissipated. The white evangelical church almost never talks about the body except to associate it with that sinful, fleshy sexiness that bubbles up if we don’t beat it back with a chair. The way that I learned to do life, through the lens of Christian faith, was mostly in my head and my heart. I’d like to think that if most white, evangelical Christians could go through the day as a floating, talking head, like a spiritual balloon, they might choose that. Our bodies are just spirit holders.

It’s interesting, then, that my current faith deconstruction was kicked off by giving yoga (all of it) a fighting chance. I’d done yoga before, but purely for exercise. I moaned and groaned about the mindfulness part. This go around, I actually did try to focus on my breath during the movements and I actually did try to not think about anything when doing corpse pose at the end of class. I found that it felt like respite.

My mind is always working, always making lists, solving problems, worrying about problems that I can’t solve. The practice of embodiment, being present and aware of your body, in yoga felt like a little break from all of that. My latina Zumba class works in much the same way. It’s too hard, too fast, too sexy for my gringa body to handle but I try anyway and I don’t have time to think about anything else.

And I think that’s why I like scooters so much. You’re 1) trying not to perish in a fiery Lime Scooter wreck and 2) your senses are heightened because if they weren’t, you would probably accidentally perish in a fiery Lime Scooter wreck. Just like yoga or Zumba, I can’t do much else but focus on the moment.
***
I went to see my friend Brittany preach last week at her church in South Dallas. I was one of maybe three white people in the building. I chose a spot near the back. When the music started, it was so loud that I could feel the thump, thump, thump of the bass in my chest. While I just sat like a bump on a log, the choir swayed back and forth, clapped, raised their hands, they really experienced the music. It actually made me a little emotional. Then Brittany got up to preach and she’s so powerful anyway, I would have cried if she preached to a row of overactive hedgehogs, but the way the crowd responded to her message was really something. When she said something that resonated, they cried out. When she said a string of things that resonated, they stood up. When she took that feedback and started a call and response, they went wild. It was so darn participatory, so darn embodied. At this Black church (I can’t speak for all of them), it seemed like part of their faith practice was rooted in embodiment.

Honestly, at most white churches, you could wheel me in to the Sunday service in a wheelchair, I could literally sit there and do nothing, not sing or stand or do anything, the whole service and no one would think that was strange or odd. Honestly, I probably made the regulars nervous last week. Is that white lady dead? Oh. Nope. I just saw some tears squelch out her eyeballs.

I need to explore this more but I can’t shake the feeling that I’ve somehow been robbed of something. Somehow the whole “your head and heart are all that matters” isn’t the whole picture and I’m trying to figure out how to put it all together. It’s interesting that there are Christian disciplines, like fasting, that are embodied practices. I’m interested (I guess) in exploring those further but they still come to me with so much spiritual baggage. I never had a pastor tell me that I was breathing wrong or that my scootering wasn’t focused enough for God. Those are embodied practices that don’t have a sordid spiritual history for me so they feel safer right now.

One of the things that I’m totally digging about Jesus right now (among other things) are that he was embodied. I mean, if anyone had an excuse to not be embodied, it was Jesus.

But he chose to be embodied. Jesus loved with his hands and his feet.  He touched people to heal them, fasted, wept. Why wouldn’t he have danced or skipped or felt the wind on his face while they boated across the sea of Galilee? He felt hot and cold and tired. I’m sure he experienced that heavy body feeling you get after a long satisfying nap.  How did his feet feel when Mary washed them with her hair and tears? Surely, Jesus held Lazarus after he rose from the dead in one of those too long hugs that makes those watching awkward. We so often focus on the divinity of Jesus that we forget his humanity.

A big part of why Jesus was here on Earth was to be embodied. It would have been less planning time (and certainly less messy) if Jesus was a ghost or an angel but nope, for whatever reason, it was important that he belonged to one of these marvelous, aging bodies.

There is surely some intersection between embodiment and theology but I don’t really feel a burning desire to find it at the moment. For now, I’ll continue to do things that drive my focus out of my head and into my body.  I’ll also continue to love with my hands and feet and trust that the theology will follow. The times where the veil between heaven and earth have felt thinnest over the last two years have been when I am marching in the streets, standing (literally) with marginalized people while they demand justice, and hugging people at Dallas Pride. My connection to God has very much been predicated on loving someone with my body. I find holy ground when I physically show up.

I’m going to continue to look for Her there. 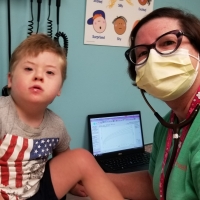 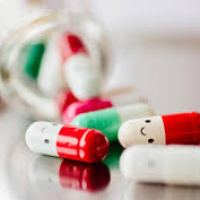