So, Alex and I went to Cozumel on our honeymoon. The resort was beautiful, the beaches were beautiful, it was just beautiful. We wanted to experience as much as we possibly could so, we thought we would give scuba a try. Neither of us had ever done it, so we signed up for a beginning class. The first part of the class took part in the small swimming pool by the beach. We met our instructor, got into our gear, and jumped in the pool. Alex got his breathing lesson first and he did fairly well. Of course, we had to get on our knees so that our bodies would be under water because we were in the shallow end of the pool. Then it was my turn. For those of your who have never scuba-ed (or for those of you who have scuba-ed but are good at it), for me, breathing underwater is like trying to pat your head and rub your belly at the same time. I seriously almost died at least 3 times. The scuba instructor was very encouraging but I was pretty sure that all the people at the pool were really glad they chose that exact moment to swim because they certainly got a show. I would have enjoyed watching me, if I wasn’t the one flailing to the top of the three foot pool and then coughing my lungs up and having the general appearance of a drowned rat. The instructor almost gave up on me, but I finally proved that I could, in fact, be underwater longer than I could hold my breath. We then moved out to the beach, but I didn’t get to enjoy it much because I was so focused on not drowning. Needless to say, we did not do the scuba diving in underwater caves three miles beneath the surface.

What I remember most about this experience, aside from the almost dying part, is that while I was struggling to breathe in the pool, the instructor kept saying, “Just stand up” (read: Really, gringa loca? You’re in 3 feet of water. This isn’t the middle of the ocean.)

I’ve been sad alot this week. Work has been and will be stressful. We’ve been super busy with friends and neighbors. I’ve had at least 3 cry sessions due to traffic and the general suckiness of Dallas drivers. Alex and I tried to go swimming at UTD today, which I’ve been looking forward to for about 3 weeks, but I forgot my license and they wouldn’t let us in. In general, my joy has been very subdued and I’ve felt low. When I feel like this, I tend to overreact to things that aren’t that important (um…drama queen). After it took me an hour to get home one day, I came in the door threw my keys across the room, dropped my lunchbox on the floor, and fell down and cried.

Similar to what I wrote about last week, what God has been singing over me this week is, “Just stand up.” When I feel overwelmed and depressed and sad and angry, it is easy to feel like that loser in the pool who would rather flail around than remember that she is kneeling in 3 feet of water. Sometimes it is hard to remember that out of His love and goodness, God has provided me a solid ground to stand on.  My foundation is rock, not sand, not nothing (Luke 6:48) The Lord is my Rock (Psalm 18:2). I just have to remember.

I’m sure that many of you have probably felt like this before. Life gets overwelming. Things happen that you don’t expect or don’t want and it becomes too much for you to handle. You get angry; you get frustrated; you get scared. For those times, God cries out to you, “Just stand up. I’m here”.  Trust that God cares for you and wants your burdens (1 Peter 5:7). Trust that He is there when you put your feet down. Friends, there is no reason for you to feel overwelmed by life. 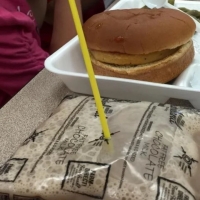 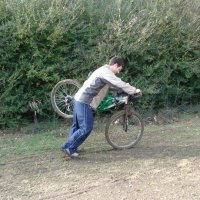 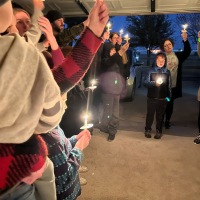