So my computer got broken in the famous Rolling Brownouts last week but we’re up and running again. The FedEx guy delivered a new power cord yesterday during my nap; for some reason, this also means that he brought motivation. Yay!

God has been teaching me so much. Most of it, I enjoyed learning. Here’s something!:

James 4:13-15 Now listen, you who say, “Today or tomorrow we will go to this or that city, spend a year there, carry on business and make money.” Why, you do not even know what will happen tomorrow. What is your life? You are a mist that appears for a little while and then vanishes. Instead, you ought to say, “If it is the Lord’s will, we will live and do this or that.”

Plans. We all make them. Sometimes they work, sometimes they don’t. God has shown me lately that especially today, now, in college, we love to make plans without Him. I mean, we have good intentions. We make our plans in the hopes to glorify Him, but we think we know what is best and we don’t. Let me enumerate some examples (some real, some stupid)

-I went to a pool hall for the first time. Emily and Heather were very patient with me. We played the game where you get assigned low balls, middle balls, or high balls. I think  I was high (but I don’t really know). Anyway, we were playing at 1 am and I really just wanted to get done. I kept hitting the cue ball and it would bounce around and not hit anything. I convinced Heather that was my skill. I think she believed me. Towards the end, I was so tired that I just didn’t care. So I took my cue and stabbed it like a spear at the table. Well, the cue ball hit two balls into each side pocket…AT THE SAME TIME. You see, if I had kept on using the easy, planned out way of playing pool, this never would have happened. Because I played pool with reckless abandon, I got at least two balls in.

– On Tuesday, I was doing Total Solutions, AKA the bane of my exsistence, with Betty in a very cramped space because it was raining. I was pulling a laundry rack (a rolling closet without the walls) in the back and it got stuck in a hole on the ground. I yanked really hard and rammed the end of the rack into my nose, the side with the stud. It hurt, but I didn’t think it was a big deal until I wiped my nose later and found that I was bleeding. Yeah. I made my self bleed cause I popped a laundry rack into my face. I found that I got to share my pain with a co-worker who in turn laughed hysterically. While I probably would have chosen a different way to make her laugh (say, a joke?), apparently slapstick comedy was exactly what she needed because she was having the worst day ever. And my jokes suck. Ask anyone. Knock, knock.

– Imagine if Mary, mother of Jesus, had stuck to her life plan. I’m pretty sure that a virgin birth wasn’t in there. But she allowed God to change it, and we all got a Savior.

– Imagine if Moses had stuck to his life plan. He had fled Egypt and probably never planned to go back. But God told him that He had different ideas and Moses was faithful. He freed the Israelites with the coolest story ever.

– Imagine if Simon Peter and Andrew had stuck to their life plan. They would have been mediocre fishermen for the rest of their lives instead of followers of Jesus. But they chose to follow God away from the safe, the ordinary.

– Imagine if Hosea had not followed the instruction of the Lord to love a harlot. He probably wouldn’t have had as much heartache but we wouldn’t have his example of how God loves us unconditionally. (I mean, we would, but not Hosea’s story).

Jesus says, “Therefore, do not worry about tomorrow, for tomorrow will worry about itslef. Each day has enough trouble of its own.” (Matthew 5: 34)

When we make plans and stick to them, we put God in a box. As long as He calls us to do whats on our list, then we will follow Him. But the minute He deviates from what we have planned out, we get scared. There is no need for this. All throughout the Bible and the lives of followers of Jesus, we see God taking people’s plans, breaking them, and using their lives for His glory. It’s pretty sweet. I encourage you (and me) to stop and think about what plans we may have and whether we’re more committed to following them or the Lord. If we have plans of our own, we should break them now, in order to free God from our human boundaries. It’s pretty freeing actually. YAY! 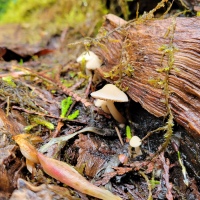 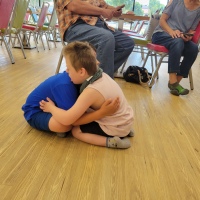