I got my very first boyfriend when I was in 7th grade. He was in 6th grade which makes me an accidental cougar (reowr). The dating terminology at the time was “going out” so when I told my parents that James** and I were “going out” and my dad said, “Going where?”, then I rolled my eyes and growled, “Nowhere!” and cursed how lame parents were.

The relationship was…typical middle school. We spent hours on the phone. Sometimes, he would put a song on his CD player, set the phone down, and walk away, leaving me to literally listen to a song over a phone. For Christmas, we exchanged gifts. I don’t remember what I got him but he gave me a tin of caramel popcorn. For some reason, I was very embarrassed by this gift of confectionery and so I hid it at the very back of my closet after eating a few pieces. It wasn’t until several months later that I found a colony of ants had made their home in the forgotten receptacle and I trashed it.

I clearly remember the moment I realized that I needed to wear a bra. I was on a bus and some numbskull who was rough-housing with his friend accidentally side-swiped my left budding-breast and we both watched in slow-motion horror as it jiggled. Internally, I was thinking OH MY GOD MY BOOB IS JIGGLING IT IS MOVING AND WE’RE BOTH LOOKING AT IT AND I HAVE TO AHEAD AND GO DIE NOW. My mom took me out and we bought some good old-fashioned sports bras, which are entirely unsexy and which I wear to this day, if I choose to wear a bra at all (sorry, not sorry, neighbors and Home Depot associates).

I’ve written before about how my thoughts on modesty have changed (here and here) but I don’t know that I’ve fully explored how tightly bound modesty culture and my view of my body and my sexuality are. When you are consistently getting messages that all your bits and bobbles are DANGEROUS and TEMPTING and you’re also growing up in a culture where BOYS WILL BE BOYS and women don’t feel safe, then you end up wearing boys cargo shorts for several years in high school and hoping that the shape of your body goes unnoticed.

Much like the horrifying boob-jiggle, my coping mechanisms for dealing with modesty culture were hide and ignore. I don’t have boobs. They’re a non-issue for me because I’ll wear t-shirts and sweaters. What vagina? This is likely TMI but I didn’t even use tampons until a few months before my wedding. My thinking was, “Well it’s about to get a lot more action down there so I should probably give it a little handshake a hello.” At 21, mere months from being married, I was reading the instructions on a box of tampons and trying to feel my way through this strange new world.

Purity culture and modesty culture convinced me to stuff my sexuality and curiosity about this god-given body in the back of my metaphorical closet, hopefully forgotten and ignored.

But the ants always find a way in and find a way, they did.

I couldn’t ignore the ants any longer.

Part 1 of this series

One thought on “Let’s Talk About Sex, Baby: Can’t Touch This” 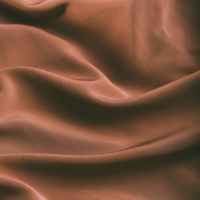