I’ve never considered myself classically hot, which has been very easy to do because I’m not classically hot. This position is not hard to take so when your skin is see-through and your round, freckled face is so common that at least once a month, some stranger tries to convince themselves that they know you from somewhere. Growing up, the only representation I had of people that looked like me in the movies was Hamilton ‘Ham’ Porter from the Sandlot.

I think I’ve compensated for it with my feisty personality. I’m like a junkyard puppy. Kinda cute but scary at the same time. It’s the same juxtaposition you would feel if you were chatting with Tinkerbell when she suddenly asked you for a light as she beat a pack of Camel cigarettes on her hand.

Amy Schumer (who is hella problematic when it comes to issues of race, btw) came out recently with a movie entitled, “I Feel Pretty”. The premise is that Schumer’s character, a regular looking woman, hits her head and wakes up believing she is gorgeous. She moves through the world like she’s a supermodel- gets a boyfriend, lands her dream job and moves up the ladder quite quickly. At the end, of course, she hits her head again, is momentarily sad that she’s back to her old self, but then realizes that she did all those things looking the way she always does and that confidence, and not letting the judgement of others get to her, was what really made the difference all along. (I’ve asked my feminist guru friend to watch it and tell me all the ways it’s problematic).

ANYWAY, regardless of how you feel about the movie, there’s one scene that I want to share with you. At one point in the movie, she enters a bikini contest (you can get the gist of the scene by watching this video here). She turns her clothes into a make-shift bikini and dances and wriggles and writhes on stage.

However, if I look at that scene in a vacuum, a scene of a woman who feels free to move and wear and be however she wants to be, I get pretty damn emotional. How often do women get to see that? How often do I get to celebrate my body, all parts of it, in such a way that I am free from caring about what others- men or women- think? Here’s how often: NEVER.

I’m not a fashionista. In fact, the last time someone in public mentioned anything about what I was wearing, it was to tell me that my green purse matched my green t-shirt dress. I was so stunned by someone noticing what I was wearing that I laughed awkwardly and walked away, without thanking her for the observation.

I think that someone would have to be superwoman to resist all of the ways that society tells women and girls that their bodies are the most important thing. I’m not sure that I know anyone who feels completely liberated from these destructive ideas.

So, seeing it on the big screen, even with all of the problematic components, felt pretty awesome. In a vacuum, Amy Schumer didn’t care what those men or women thought of her. She was celebrating her God-given body in all of it’s juicy splendor.

This scene actually reminds me of a scene in King David’s life where he’s super ecstatic about something and he’s dancing so hard-core in the street that he exposes himself several times in a public parade. David’s wife sees this and scolds him for it. In fact, she despises him for it.

His response to her is, “In God’s presence I’ll dance all I want!… Oh yes, I’ll dance to God’s glory—more recklessly even than this. And as far as I’m concerned . . . I’ll gladly look like a fool . . . but among these maids you’re so worried about, I’ll be honored no end.” (2 Samuel 6)

There are more important things than modesty.

WTF? Things more important than modesty?! For a girl who grew up wearing required one pieces and/or t-shirts over bathing suits, avoiding spaghetti strap shirts and shorts that were too short, this is mind-blowing. Like I’m having to reorient my self-esteem and body image around this new information.

My body is good. No, not like, “Dayum gurl. You hawt. wyd?” Good, like the mountains or the stars. Like, the same God that made those things, made my body. And, in case you’re still doubtful, in Genesis 1, after God created basically everything, including humans, God pronounced it all good. All of it.

What if, instead of conforming to a culture that strangely hyper-sexualizes my body and then shames me for not being modest, I resisted those lies?

I’m not sure what this looks like in action yet. I’m not going to walk around my house naked or parade around the neighborhood in my skivvies. For right now, this looks like me wearing what I want to, things that I’ve never worn in the past, and trying not to care what others think about it. And it looks like not judging other women for their choices.

Maybe, I’ll just revel in the truth that my body is good for a while without anything looking different on the outside. There’s some healing that needs to be done there.

My body is good, ya’ll. Yours is too.

7 thoughts on “I Feel Pretty” 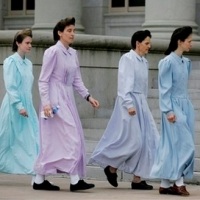 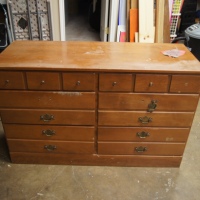