I have a confession. A confession that will probably inflame friends on both sides of the ocean-sized aisle that separates the left from the right in America right now.

Sometimes, I listen to Rush Limbaugh.

I listen to him because he is, in a word, ridiculous. I cannot imagine that a personality that pompous is genuine; that it must be for entertainment value.

Once, I was listening to him rail on the “tree huggers” who “love the environment” and he said something to the effect of, “I have 18 rooms in my house and I leave every single light bulb on all day long because I can.” He went on and on to get his panties in a twist about those people that care about the earth and are trying to stop it from being ravaged. He kept asserting that it’s his right to do anything that he damn well pleases, whether it gouges the earth or saves it.

It’s true. He and I live in America, land of the free. If Rush Limbaugh wants to throw the baby out with the bathwater, the document that our government is founded on affords him that right. We legally have certain rights that afford us some very broad privileges. We Americans, including Christians, are well accustomed to propping our leg up on our soapbox and claiming our rights. We claim them often and loudly.

Christian brothers and sisters, let’s talk about the Charleston shooting for a moment. I’ve just read that the suspect Dylann Roof is now saying that the massacre was racially motivated (why that was ever, for the love, in question is beyond me). Prior to this news being released, Audrey Assad, a Christian musician, posted this on her facebook:

All this talk about taking down the Confederate Flag reminds me of something of which I am very ashamed. At a flea market a few months back someone was displaying a giant nazi flag. I stared in shock…and just kept walking. I did nothing. I have gone back to that moment again and again in my head and wished I had confronted that person, spoken to him / her about the wounds being inflicted by giving that dastardly symbol a place of honor in a public marketplace. But I didn’t.
Well, I won’t be making that mistake again. Take down the Confederate flag, all you who fly it. Relegate it to a shameful history—bury it in the dust of the feet of those over whom it has spoken oppression, insignificance, and symbolic indignity. Take it down. Take it down. Take that flag down.
‪#‎takeitdownsc‬

The comments, per usual, were vulgar and awful, quibbling about whether the shooting was racially charged or not. What disturbed me most though, was the loud minority, on a Christian music page, who were arguing, “Well, the Confederate flag doesn’t represent that to me and I have a right to fly it, so, by golly, I’m going to.”

These people, who claim to follow Jesus and clearly understand that flag has deep, painful significance for an entire group of people in the US, are basically saying, “Screw them, I have a right to fly it.” (This sentiment echoes, “Screw you, gay community. Phil Robertson has a right to say whatever he wants to, whether it wounds you or not. And if you think I’m not going to eat at Chic-fil-a in the midst of a culture war and proudly post pictures of it to get one last dig in at you, then you’ve got another thing coming. Nanny nanny boo-boo.”)

When Jesus was asked what the greatest commandment was, He said it was to “Love the Lord your God with all your heart, your mind, and your soul” and “To love your neighbor as yourself” (Matthew 23:36-40).

Two. Two things. Those are the most important.

Jesus lived his life according to those two commandments. You know what He didn’t live by? His rights.

Jesus loved other people, including you and I, more than He loved himself. Do you know what He asks us to do if we want to follow Him? We must deny ourselves and take up our cross (Matthew 16:24). We must live as Jesus lived, putting others before ourselves.

For some reason, American patriotism has co-opted this truth. We cling more tightly to the Constitution than we do to our cross. In our efforts to protect our rights, we forget about the greatest commandments. It becomes more about my rights than anyone else’s. The American church has largely convinced itself that we MUST stand up and PROTECT our RIGHTS. That is our #1 purpose.

If this is true, then we are not following Jesus.

19 Even though I am a free man with no master, I have become a slave to all people to bring many to Christ. 20 When I was with the Jews, I lived like a Jew to bring the Jews to Christ. When I was with those who follow the Jewish law, I too lived under that law. Even though I am not subject to the law, I did this so I could bring to Christ those who are under the law. 21 When I am with the Gentiles who do not follow the Jewish law, I too live apart from that law so I can bring them to Christ. But I do not ignore the law of God; I obey the law of Christ.

22 When I am with those who are weak, I share their weakness, for I want to bring the weak to Christ. Yes, I try to find common ground with everyone, doing everything I can to save some. 23 I do everything to spread the Good News and share in its blessings.

If Paul lived today and he found a group of people who thought wearing red was offensive, he would burn his red clothing to show them how much he loved them. If Jesus and Paul were on this earth today, I promise you they would hear the cry of the black community and they would not assert their right to do anything that wounded any further.

Brothers and sisters, this “screw you” attitude is not following the way of Jesus. If that is how we respond to hurting people, then let’s call our commitment to the kingdom what it really is- a farce.

It is time for us to stop trying to stand firm on a document that was signed by a bunch of white dudes in wigs 300 years ago. Regardless of how much our heart soars when we hear the national anthem or even how much we appreciate living in this country, that is sandy ground and it will not provide a firm foundation.

Instead, let us embrace the way of Jesus and lay our lives, our rights and our privileges, down for others. Let us consider others better than ourselves. Let us think before we speak. Let us mourn with those who mourn. Please, let us lay our rights at the feet of Jesus, pick up our cross, and walk towards reconciling this broken, broken world.

One thought on “A King and A Kingdom” 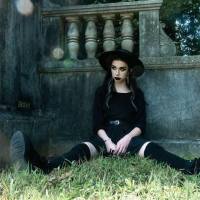