18) I drive with my windows down. I would like to say that it’s because I’m really cool and I like people to hear what music I’m listening to (Michael Jackson?) but that’s not the case is. The truth is my dad taught me to be cheap and frankly, air conditioning costs money. Case in point? Kim and Dave P, and I drove to 4 Corners in JUNE and the whole way down, I had the vent on. A penny saved is a 15 hour trip where your back is sweating.

19) The one person who has probably changed my life the most (besides Jesus….doy) is Weasel, my homeless friend. He showed me that Jesus doesn’t just live in a Middle Class home. He lives in tents and huts, too. Because of Weasel, I felt the calling to be a missionary.

20) This year I have not purchased or been given an umbrella that has lasted more than a week. Don’t let me hold your umbrella. (I also say umbrella “wrong” according to Joe and Eliz. I say UMbrella. They say umBRELLa. How do you say it?)

22) Almost everyday, there is some point at which I can picture it as the opening scene in a movie. It’s usually when I’m driving with the windows down (of course the movie would be minus the swack and swits) and a cool song comes on. I would be great at directing opening scenes.

23) I don’t eat vegetables. Not even salads. I only eat green beans and well, they have an adverse effect on my system. 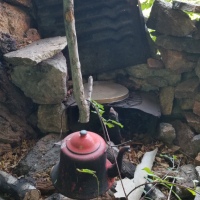 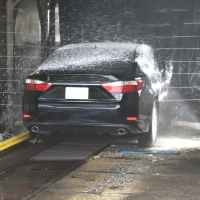