(The {Unsolicited} Advice for My Sister series (or UAFMS) was originally meant for my younger sister who got married in the summer of 2012. She just had a baby today. As her older sister, it is my duty to give her advice that she did not ask for. At least in blog form, she can choose to ignore it. If you want to read other blogs in this series, click here.)

You had a baby today. While I was sleeping blissfully last night, you pushed a human outside of you and voila, now two are three. While I know nothing about birthing babies (and I’m sure you’ll have enough “look what pregnancy did to my body” material to horrify me for the next several years), I do know a few things about parenting. So, here’s my first:

We can’t parent out of fear.

Easier said than done, of course, and you will absolutely go through seasons where you’re parenting out of fear and you don’t even know it. The whole concept of parenting inspires fear anyway- it’s much like someone handing you a baby and then throwing you off a cliff. I remember that after the initial emotion wore off after meeting The Kid, like after the fanfare had died down and the dust had settled, I remember just being paralyzed.

I tapped God’s shoulder and said, “Uh…excuse me, but did you know that You entrusted me with this kid? And now I’m supposed to raise him? I don’t know how to do that and there are lots of variables here that I can’t control….Are you sure you know what you’re doing?”

The first year was so hard. I always felt like I was parenting “wrong” and that I was going to somehow irrevocably mess him up, like if I made one bad decision, I might as well just lay down and die.

And I did make bad decisions. I still do. But you know what? He’s still alive and, most days, thriving.

With The Kid and The Baby, I cannot tell you how many times Alex and I have sat across from one another, faced with a dilemna or a crisis, and just shrugged our shoulders.

We have no idea what we’re doing.

So, there’s always that consolation. You are not alone. Almost all parents feel like they’re blindly feeling their way through this part- the part where we’re supposed to take tiny humans and make them into caring, responsible, lovely adults. IT’S JUST THAT EASY! (not)

You know that I am Type A and if everyone would just follow the plans that I have made for us, then, badabing badaboom, the world would be rainbow farts and butterflies. Fortunately, parenting has beaten alot of that out of me, but every once in a while, it comes sneaking back in.

Last week, I got very fearful about The Kid’s future. Strangely, I am not a helicopter mom who doesn’t let him take risks, especially physically. He can jump out of trees, do back flips into his pool, stick his hand in holes in the ground. We’re now getting to the point where he’s taking social risks and I can’t control all the variables (read: him) and it’s scary. Having to let him deal with the consequences of his actions is scary. Also, binge-watching “Locked Up”, a documentary TV show about American prisons, did not help. Please avoid.

Not having control is terrifying.

The good news is that we serve a God who has plenty of grace to dole out to parents who feel like tremendous failures and who is always ready to help us when we realize that trying to do things on our own is a complete failure. He knows that trial by fire is sometimes the best way to refine us and parenting is nothing if not trial by blazing inferno. 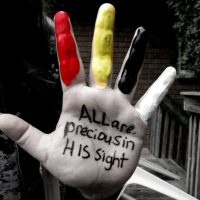 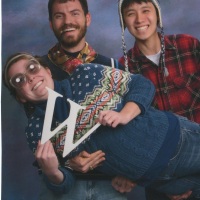 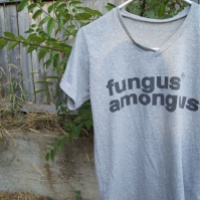